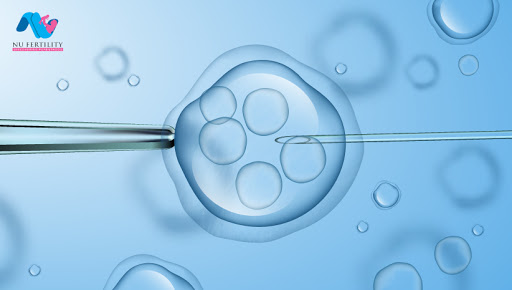 Let’s start at the beginning. In-Vitro Fertilisation, or now more commonly known as IVF treatment saw a flicker of hope as early as the mid-1800s. In the mid-1800s, scientists finally discovered the process of artificial fertilization using a combination of sperm and egg.

History of IVF In the 19th Century

In the 1900s, fresh pieces of research on hormones and how they related to fertility began more fervently. Though around then, IVF-like researches were performed on rabbits..

In 1965, Dr. Jones worked with Dr. Edwards of England and fertilized the first human egg in vitro, all for the world’s first IVF baby.

After three years, in 1968, Dr. Edwards joined Dr. Patrick Steptoe in England, and performed a laparoscopy surgery to retrieve an egg and fertilize it in-vitro (in the lab). The results were published in 1969.

In 1973, the first pregnancy through IVF was reported from Monash university by CarlWood and it was a biochemical pregnancy.

In 1976 an ectopic pregnancy was reported by Patrick Steptoe and Robert Edwards.

In this sentinel IVF birth, the mother had a natural menstrual cycle, physicians laparoscopically retrieved a single pre-ovulatory oocyte from her ovary, fertilized it in vitro, and then transferred the resulting eight-cell embryo into her uterus. Even as the birth made headlines around the world, several legal and ethical questions were raised about the future of mankind. However, this one successful birth presented a happy chance for many couples who were battling fertility issues.

When Second IVF baby was born ?

Now with reproductive technology booming, the race for test-tube babies was on. After England’s test-tube baby, Australia announced its achievement in 1980. A year later, USA announced the birth of its very own IVF baby, Elizabeth Carr. But many harboured a big concern: the worry that an IVF baby cannot conceive naturally. The concern was put to rest when Louise Joy Brown gave birth to her own baby in 2006, conceived and birthed naturally.

After the 80s, fertility treatments took off like wildfire. Fertility drugs were improved and further researched on; instead of laparoscopic surgeries to retrieve eggs, doctors began taking it out through the vagina; sperm boosting hormones for men facing fertility issues was being prescribed. Embryo freezing and thawing as well as ICSI have revolutionised the IVF treatment and its outcome.Comprehensive Chromosome Screening is now a very important health check for the unborn baby.

How IVF Treatment has been developed in India?

Growth of IVF treatment has been the fastest compared to any other medical field. And keeping up with the achievements in India, one can now secure the best IVF treatment in Bangalore with us. The positive impact of IVF was so great that now World IVF Day is celebrated on the 24th of July, to commemorate the birth of the first IVF baby – Louise Joy Brown.