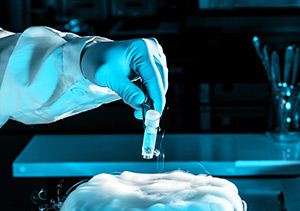 Many men have had a vasectomy for contraception and then later regretted the decision to become surgically sterilized. There are 3 general options for attempts at further child bearing in such a situation.

Sperm aspiration from the epididymis or testicle is called PESA or TESA , which is then used ICSI and IVF. It is indicated when there is azoospermia (absent sperms on semen analysis. Sperm can be aspirated with a needle from the testicle or from the epididymus(a structure right next to the testicle that also contains sperm). Sedation or local anaesthesi a is used. There should be no severe pain. The procedure generally takes about 30 minutes.

With a PESA or TESA (after vasectomy) there will usually be thousands to millions of sperm retrieved. Unfortunately it is sufficient only for IVF/ ICSI and cannot be used for IUI.

The success rate depends on multiple factors including the women’s age. It is good and comparable to IVF / ICSI with ejaculated sperms in obstructive azoospermia. But the sperm retrieval rates are about 30-35% in testicular failure and in such cases the success rate of IVF/ICSI is less- about 35-40%.